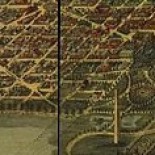 see: https://matthewbgilmore.wordpress.com/2014/03/07/2015-dc-real-property-assessment-change/ for my mapping of the same last year

Housing in the District of Columbia is expensive.  The U.S. Census tells us that the District had the second highest median housing prices in 2013, after Hawaii.  Listing price data from Trulia for February 2015 also ranks District second highest among states.

Last week, the District’s tax office put in mail the residential property assessments for Tax Year 2016. The aggregated data at the city and neighborhood levels tell us the following:

This entry was posted on March 3, 2015 by dchistorystuff in Uncategorized.