Should this historic house be razed? 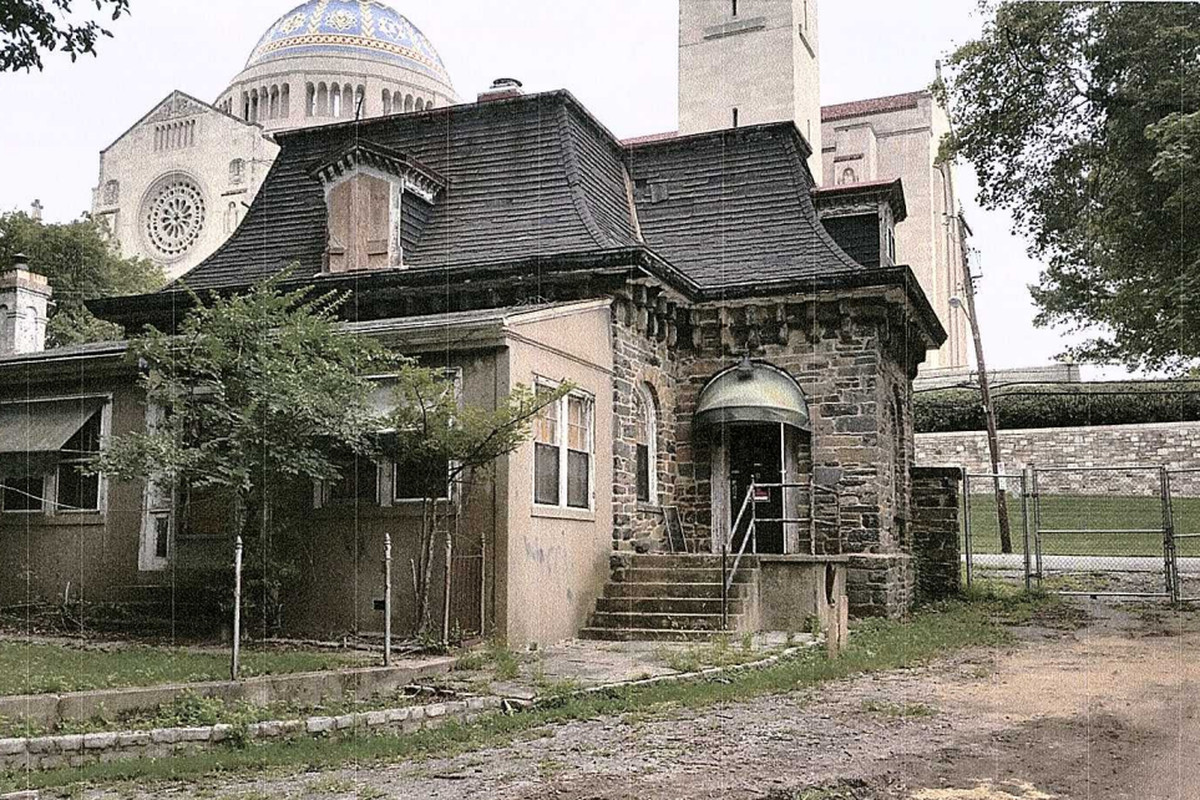 The former country residence of William Corcoran, one of the founders of Riggs Bank and the Corcoran Gallery of Art, may meet the wrecking ball.

On August 24, the Basilica of the National Shrine of the Immaculate Conception filed an application for a raze permit for the Harewood Estate, located at 3600 Harewood Road NE. According to a description of the building, the estate was originally built in the 1800s with two stucco and wood frame additions built in the 1900s.

In an email, Basilica Reverend Monsignor Walter R. Rossi told Curbed DC, “Simply put, we did in fact look into preserving the house, but it will be cost prohibitive as well as inhibit our plans for the property.”

Rossi did not provide the exact cost of the preservation for the estate by the time of this article’s publication. He also did not elaborate as to what the plans for the property are.

The Harewood Estate was the country residence of William Corcoran, one of the founders of Riggs Bank and of the Corcoran Gallery of Art. Corcoran sold the property to the Soldiers’ Home in 1872, which has very recently sold it to the Catholic University of America. The property is surrounded by Corcoran’s original iron and stonework fence; the lodge at the southern end, in Second Empire style. Research is not complete, but the architecture is consistent of that designed by James Renwick, architect of the original Corcoran Museum (now the Renwick Gallery), the Smithsonian Castle, and St. Patrick’s Cathedral in New York; the gatehouse at the north entrance dates from the 1880s.  All of these structures continue in good repair, while remnants exist of John Saul’s landscaping of the 1850s. The University has not announced its plans for the property.